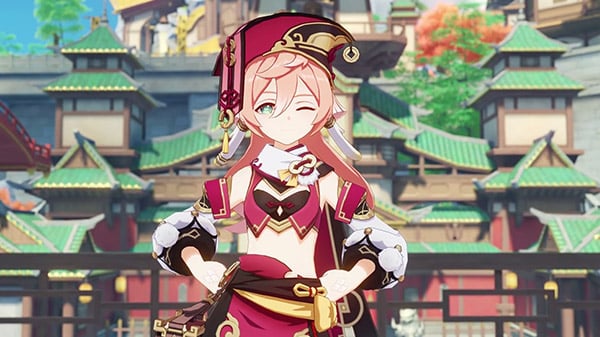 miHoYo has released a new trailer for Genshin Impact introducing Liyue Harbor character Yanfei, who will debut as part of the version 1.5 update due out on April 28.

Here is an overview of Yanfei, via the Genshin Impact official website:

She combines adherence to the legal codices and reasonable flexibility to find the perfect balance in her work. She devotes herself to protecting the fairness of contracts in Liyue with her identity as a legal adviser and her unique experience and methods.

Genshin Impact is available now for PlayStation 4, PC, iOS via the App Store, and Android via Google Play. A PlayStation 5 version is due out on April 28. A Switch version is also planned.