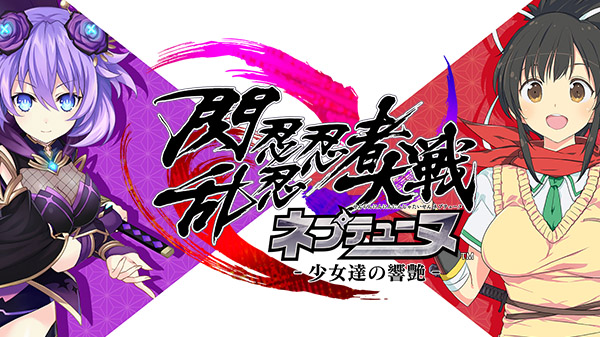 “Game Ninja World,” a world where all ninja gather.

As the struggle for control of the country intensified between the feudal lords of each land, sparks flew between the two major powers with the leading two ninja schools.

The two camps were fighting for supremacy when a mysterious machine ninja army that used a “Shoot Technique” suddenly attacked.

In the blink of an eye, the machine ninja army had already overtaken a lesser power, and its leader You Geima announced to the world…

Here are some additional images:

(Editor’s Note: The Japanese word “nyuutou” is formed of the kanji for “breast” and “peach,” but the reading can mean both “to bathe in hot springs” and “nipple.”)

More details will be announced in the April 8-due issue of Weekly Famitsu.

J, The Vampire Smoker ⋅ Funcom acquires Cabinet Group, including Conan the Barbarian and dozens of other IP ⋅ 5 minutes ago

ChozoMiso ⋅ Funcom acquires Cabinet Group, including Conan the Barbarian and dozens of other IP ⋅ 7 minutes ago
Latest Open Forum