Assemble a team of protectors and defended the endangered animals. 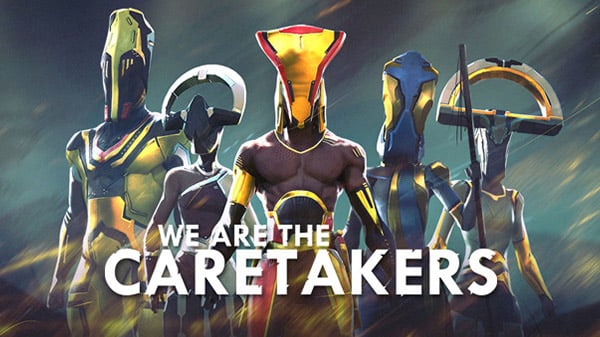 Science-fiction turn-based tactical RPG We Are The Caretakers will launch in Early Access for PC via Steam on April 22 for $19.99, developer Heart Shaped Games announced. It will support English language text, with French, German, Spanish (Spain), Japanese, and more translations in development.

Heart Shaped Games also announced that 10 percent of revenue from the game’s sales will go to the Wildlife Conservation Network’s Rhino Recovery Fund.

“Our goal with We Are The Caretakers is to raise awareness about conservation in a way that would engage people with the issue,” said Heart Shaped Games founder Scott Brodie in a press release. “This is a science fiction story, but the issues the Conductor and The Caretakers face are present in the real world right now, and we hope it causes you to think about how we’re taking care of the world we live in.”

We Are The Caretakers is an afrofuturist squad management RPG. Assemble an arcane team of protectors in squad-building systems inspired by Darkest Dungeon, Ogre Battle, and XCOM. Defend the endangered animals your world relies on in strategic turn-based combat. Define your approach to a global resistance by balancing your reputation, funds, research, animals and alliances. We Are The Caretakers is a challenging strategy RPG fusion that asks you to protect a planet by fighting for the people, animals and ecosystems that inhabit it.