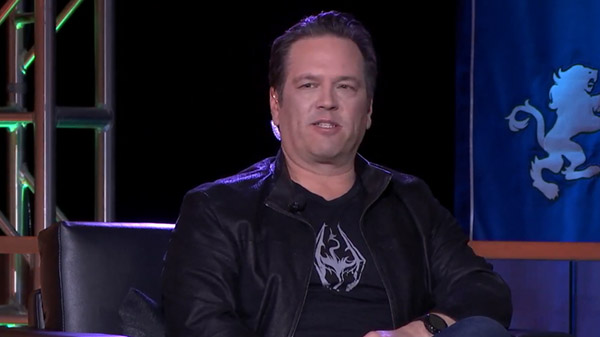 Microsoft will continue to invest in Bethesda Softworks games that exist or have a legacy on other platforms, but the goal of Microsoft’s acquisition of the company is to ‘deliver great exclusive games on platforms where Xbox Game Pass exists,’ head of Xbox Phil Spencer said during the “Bethesda Joins Xbox – Roundtable” event.

“I listen to the podcasts and all the questions, so I’m gonna try to be as clear as I can, because that’s what I—I just think it’s fair,” Spencer said. “So obviously I can’t sit here and say every Bethesda game is exclusive, because we know that’s not true. There’s contractual obligations that we’re going to see through as we always do in every one of these instances.

“We have games that exist on other platforms, and we’re going to go support those games on the platforms they’re on. There’s communities of players. We love those communities and we’ll continue to invest in them. And even in the future, there might be things that have either contractual things or a legacy on different platforms that we’ll go do.

“But if you’re an Xbox customer, the thing I want you to know is this is about delivering great exclusive games for you that ship on platforms where Game Pass exists, and that’s our goal. That’s why we’re doing this. That’s the root of this partnership that we’re building, and the creative capability we will be able to bring to market for our Xbox customers is going to be the best it’s ever been for Xbox after we’re done here.”

ksatmata ⋅ Sakuna: Of Rice and Ruin shipments and digital sales top 950,000 ⋅ 3 minutes ago