MazM: The Phantom of the Opera for Switch, PC launches March 25 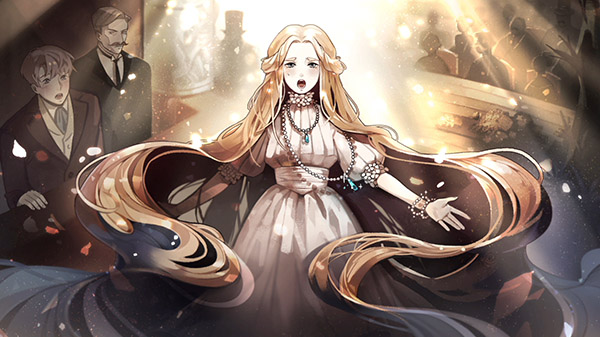 Mystery adventure game MazM: The Phantom of the Opera will launch for Switch and PC via Steam on March 25 for $14.99, publisher CFK and developer Growing Seeds announced. Nintendo eShop pre-orders will be available at a 20 percent-off discount price of $11.99. The game will support English, Spanish, Russian, Korean, Japanese, and Chinese (Simplified and Traditional) language options.

Decades after “The Phantom of the Opera” scandal that once shook the Parisian opera house, a private detective visits the place to investigate and uncover the truth behind “The Phantom”…

You are a private detective in 1910 Paris trying to uncover what really happened in the 1880 “The Phantom of the Opera” scandal.

Your investigation doesn’t stop at finding the people involved and listening to their stories. You will travel back to the year 1880 and experience the actual scandal from the eyes of the people at that time.

Figure out the next destination and person to investigate based on what you heard from the characters.

Follow the five chapters, each with great volume, and discover the truth behind the scandal.

Collecting footnotes is another fun when progressing the story.

As you gather information you will understand the world of The Phantom of the Opera better, and ultimately discover the hidden truth.

During the gameplay, you will encounter mini-games that add immersion to the story.

From reading letters to breathtaking chase, you will take part in the characters’ attempt to escape from The Phantom of the Opera.