PC version due out in "three-to-five weeks." 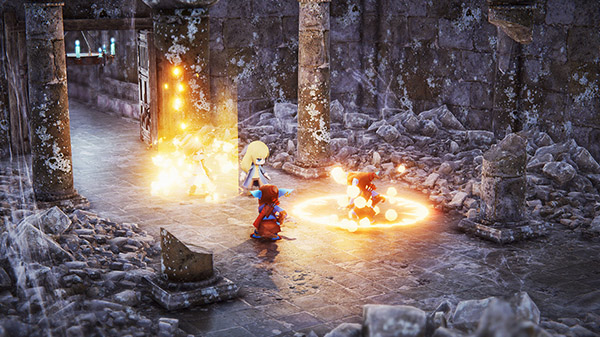 While a release date outside of a general “Q1 2021” has yet to be announced, neko.works told Gematsu that Light Fairytale Episode II is complete and will launch first for PC, Mac, and Linux in about three-to-five weeks, followed by PlayStation 4 and Xbox One a few weeks later. It will support English, French, and Japanese language options.

Here is an overview of Episode II, via its Steam page:

Light Fairytale is a turn-based Japanese-style RPG series set in a dying underground world ruled by an evil empire.

The goal of this project is to bring back the immersion and emotion of 90s era Japanese RPGs on current platforms with the expected evolution in design and technique.

Episode II resumes the adventure right after Episode I‘s cliffhanger. Play as Haru and Ayaka as they uncover the mysteries of the deeplands while looking for a way back up to reunite with Kuroko, meeting with a mysterious silver haired girl along the way.

Note About the Light Fairytale Series

Each episode is a standalone game, approximately two-to-three hours long for a first play-through, double it for a full completion of all the achievements and secrets.

Although optional, you can import your final save from the previous episode to bring back your stats, items and more!

ShammyDubz ⋅ Biomutant – PC, PS4 Pro, Xbox One X, PS4 base, and Xbox One base gameplay videos ⋅ 12 minutes ago