Demon Turf to be published by Playtonic Friends 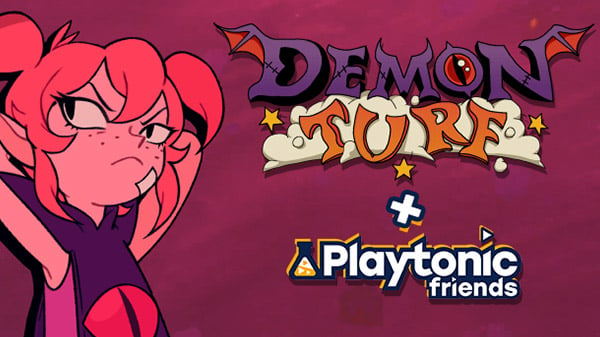 “I’ve always wanted to create a 3D Platformer, they’ve been my favorite genre all my life, having grown up playing all of the notable ones on pretty much every console!” said Fabraz founder Fabian Rastorfer in a press release. “With our 2D platformer, Slime-san, we received a lot of praise for what we brought to 2D precision based platforming so we really wanted to see if we can translate the spirit of what made Slime-san great into a 3D platformer.”

Playtonic CEO Gavin Price added, “Demon Turf was one of the titles that made us want to set up our new publishing arm. Our aim was always to partner with those developers who make the kinds of games we love to play or we wish we’d come up with first which is exactly how we felt when we first played Slime-San so then when the Fabraz team showed us what they had in store with Demon Turf; the community focus, the reams of content and just somethin really fresh and new; we absolutely had to get involved.”

Fabraz released a new “demo” for Demon Turf for PC via Steam every week. These “Demon Turf Trials” present a new challenge and leaderboard for players to climb, as well as offer a full tutorial and two complete main levels of the full game.

Demon Turf is due out for Xbox Series X, Xbox One, Switch, and PC via Steam and the Epic Games Store in 2021. While not officially announced, a PlayStation 5 version has also been rated.

Nicholas Wilder ⋅ The Caligula Effect 2 second trailer ⋅ one minute ago