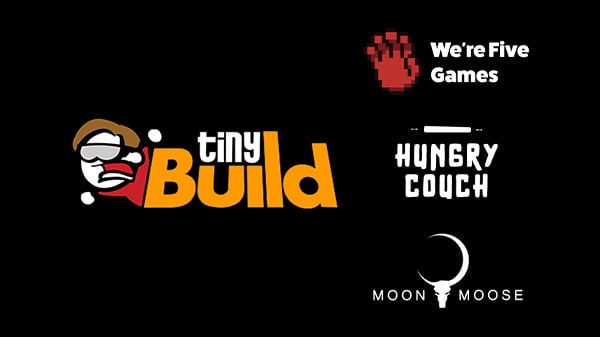 “We believe that long-term thinking and long-term partnerships are the way to move forward for tinyBuild,” said tinyBuild CEO Alex Nichiporchik in a press relese. “With We’re Five, Hungry Couch, and Moon Moose all joining the orange family, our new first-party studios will have access to tinyBuild’s resources and funding while maintaining full creative control.”

Here is a brief overview of what each studio is up to:

Kill It With Fire coming to PS4, Xbox One, Switch, iOS, and Android on March 4