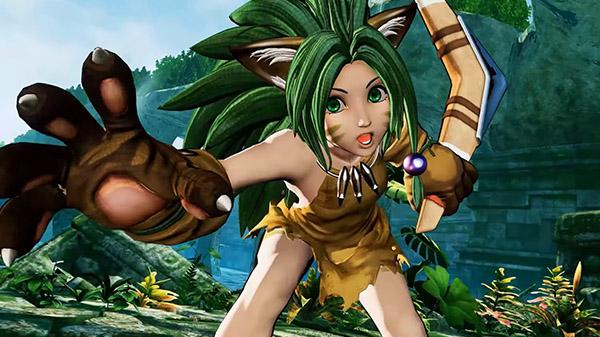 Cham Cham is the younger sister of a powerful warrior residing in a village in Green Hell, a lush forest located in South America. Together with her monkey pal Paku Paku, Cham Cham often leaves the comfort of her village to go out and explore—oftentimes getting herself into dangerous predicaments.

This time, however, she leaves on a mission to find her big brother. Her moves are hard to read due to her reckless and bold nature, so be prepared to suffer the consequences if she’s had enough playing around.

SNK also teased that one of the unannounced Season 3 characters is a collaboration character from Arc System Works’ Guilty Gear series.

Samurai Shodown is available now for PlayStation 4, Xbox One, Switch, PC via the Epic Games Store, and Stadia. An Xbox Series version is due out on March 16.

Watch the Cham Cham trailer below. View a set of screenshots at the gallery.

Tuan Kacang ⋅ The House of the Dead: Remake confirmed for Switch, debut trailer and screenshots ⋅ 42 seconds ago

Hero of Legend ⋅ The Legend of Heroes: Trails of Cold Steel I and II for Switch launch July 8 and August 5 in Japan and Asia ⋅ one minute ago