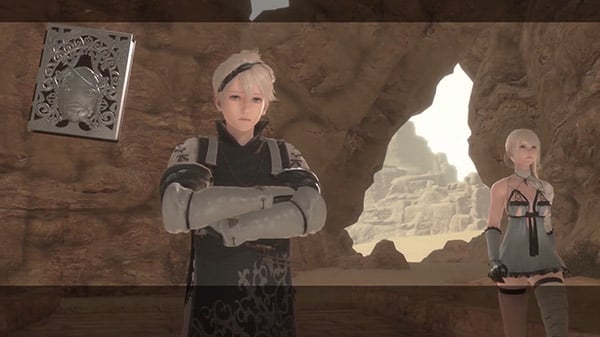 The video showcases the protagonist, in his youth, as he visits the desert kingdom of Facade with the fierce warrior Kaine and magical tome Grimoire Weiss. Following his visit, he investigates the Barren Temple, where his exploration culminates in a boss battle against a swarm of mysterious, sentient cubes.

Watch the gameplay and soundtrack videos below.