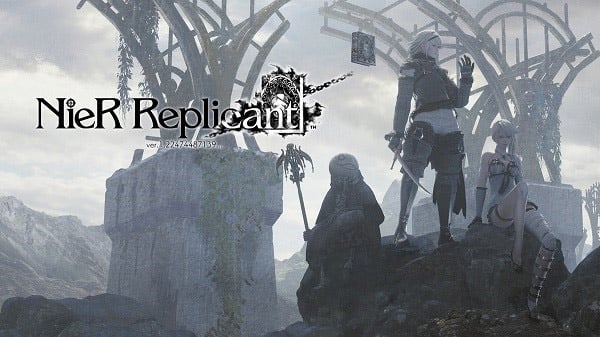 In addition to the standard edition, Square Enix will also release a $159.99 / 19,800 yen “White Snow Edition,” which includes the following:

Pre-orders are available now via the Square Enix Online Store in North America and Japan. In Japan, this is only available for PlayStation 4.

Digital pre-orders will include a mini soundtrack on all platforms, plus a dynamic theme and avatar set on PlayStation 4, and wallpaper set on PC.

NieR Replicant ver.1.22474487139… is an updated version of NieR Replicant, previously only released in Japan.

The protagonist is a kind young man living in a remote village. In order to save his sister Yonah, who fell terminally ill to the Black Scrawl, he sets out with Grimoire Weiss, a strange talking tome, to search for the “Sealed verses.”

Experience the NieR Replicant story for the first time in the west through the eyes of the protagonist as a brother.

In a distant, distant future, humanity is on the brink of extinction.

A black scrawl disease and strange beasts threaten the world.

A young kindhearted boy makes a promise to his little sister.

A thousand-year lie that would live on for eternity…

Watch a new trailer, first gameplay footage, and a developer message below. View a new set of screenshots at the gallery.