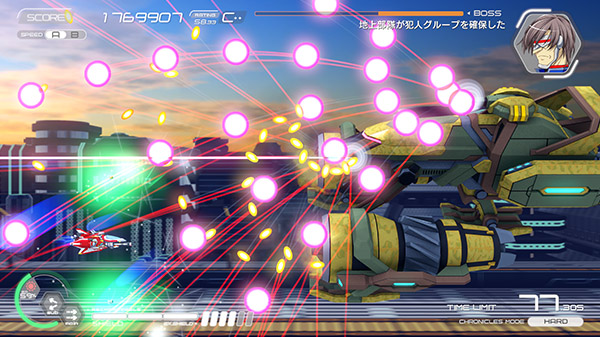 The PlayStation 4 version of side-scrolling shoot ’em up Natsuki Chronicles will launch via the PlayStation Store on February 18 in Japan for 2,680 yen, developer Qute announced.

Natsuki Chronicles first launched for Xbox One worldwide in December 2019.

Publisher Rising Star Games will release the PlayStation 4 version, as well as a PC version via Steam in the west.

A new horizontal shoot ’em up that takes place within the same setting as Ginga Force.

Natsuki Chronicles follows the character Natsuki from a new perspective on the story. Discover her past as a rookie pilot up to present time, with events that happen in parallel or even coincide with those in Ginga Force.

Through its unique display of bullet paths, Natsuki Chronicles makes the bullet-hell on screen much more accessible and adds tactical depth to the action. This game was long-awaited by fans of Ginga Force and didn’t disappoint in the slightest!

If you missed it, watch a trailer for the PlayStation 4 version here.