First in a series of "Coach and Fernando Tatis Jr." videos. 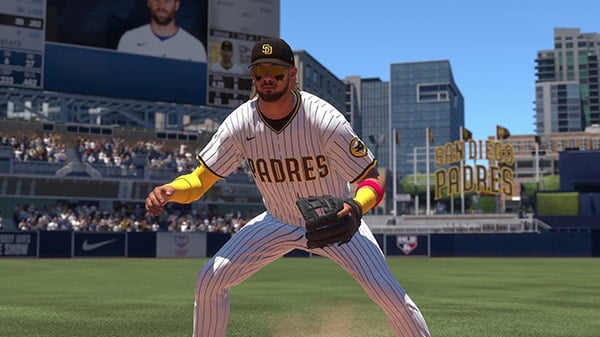 The companies also announced that a limited number of users will be able to participate in an MLB The Show 21 closed technical test that will run from February 23 to about a week later. Registration is available here.

The first video in Coach and Fernando’s series talks about tailored gameplay. New in MLB The Show 21 are gameplay styles that allow you to tailor the type of gameplay experience you are looking for at any given moment. Are you looking for a casual experience where you can put up some runs? Or are you looking for a more traditional experience that plays more intense and truer to life? Maybe you want a true test of your skills on the sticks, where your abilities with the controller are paramount.

Tailored gameplay is just the tip of the iceberg. The team has invested significant development time working on other areas of gameplay—our biggest focus being fly ball catches, at the wall catches, (jumping / reaching/ rob home runs, crashing in to the wall, etc.), and catches that come off the z axis (which means if you are taking a route that’s not exactly perfect, we have a lot of new catches you’ll see play off the axis you’re running. It feels great and we cannot wait for everyone to try it out). For pitching, we’ve introduced a brand-new mechanic… but more about that and the other gameplay improvements in March.

Starting on February 23 and ending about a week later, a limited number of users can participate in the MLB The Show 21 Technical Test. What is the Technical Test? We need your help to stress test: the servers, online match-making, cross-platform play, as well as gather feedback on gameplay. You can sign up here on February 10. The Technical Test will be closed, so we ask that you read rules before signing up and we will see you on the servers soon.

This year we will be rolling out Feature Premieres, which will be broadcasting simultaneously across Twitch, YouTube, and Facebook Live. Much like our livestreams in previous years, Feature Premieres will give an in-depth look at the new features and changes that we’ve been working on that makes this year’s game better than its predecessor. Clear your afternoon schedules on Thursday afternoons as a new Feature Premiers will air every Thursday at 3:00 p.m. PT / 6:00 p.m. ET starting on March 11.

MLB The Show 21 is due out for PlayStation 5, Xbox Series, PlayStation 4, and Xbox One on April 20.