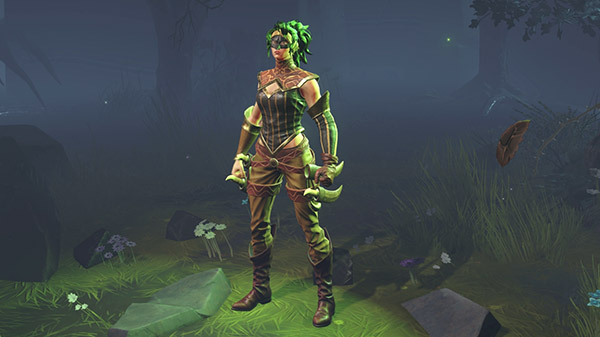 The PC open beta for Magic: Legends previously announced as due out on March 23 will be available via the Epic Games Store in addition to Arc Games, publisher Perfect World Entertainment and developer Cryptic Studios announced during the Epic Games Store Spring Showcase. Both versions will connect to the same servers.

Users who play Magic: Legends via the Epic Games Store will be able to claim the “Epic Planeswalker Starter Pack” for free through April 6 at 9:00 a.m. PT / 12:00 p.m. ET., which unlocks a “Moorland Ranger Costume,” “Moorland Ranger Werewolf Summon Skin,” and two drop boosts (increases the drop rate of rewards for 30 minutes of play in either instanced or overworld content).

The full launch of Magic: Legends is planned for release on PlayStation 4, Xbox One, and PC in 2021.