The studio behind the Crash Bandicoot and Tony Hawk's Pro Skater remakes. 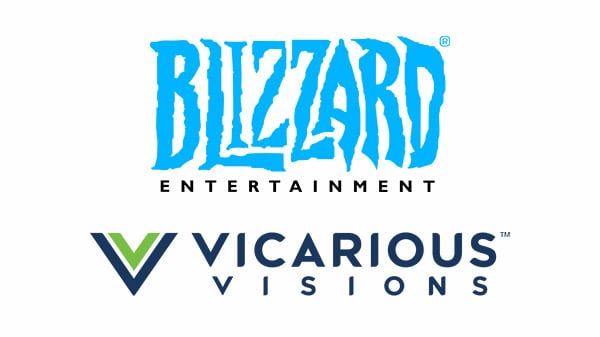 Crash Bandicoot N. Sane Trilogy and Tony Hawk’s Pro Skater 1 + 2 developer Vicarious Visions has moved from the Activision side of Activision Blizzard to the Blizzard side, and is now “fully dedicated to existing Blizzard games and initiatives,” the company told GamesIndustry.biz.

“After collaborating with Vicarious Visions for some time and developing a great relationship, Blizzard realized there was an opportunity for [Vicarious Visions] to provide long-term support,” an Activision Blizzard representative said.

Activision Blizzard did not specify what the Albany, New York-based Vicarious Visions has been working on with Blizzard, or for how long.

Update 01/23/21 at 12:30 a.m.: According to a Bloomberg report by Jason Schreier citing people familiar with the developer’s plans, Vicarious Visions has been working with Blizzard since 2020 on the Diablo franchise, including a remake of Diablo II.

A Blizzard spokesperson declined to comment on Vicarious Visions’ current projects, only confirming that the developer “has been working with Blizzard for some time.”

According to Bloomberg, the Diablo II remake was to be developed by Blizzard’s Team I up until sometime in 2020, but after the poorly received release of the team’s Warcraft III: Reforged, members met to discuss what went wrong, pinning its failures on poor planning, miscommunication, and a rushed release due to financial pressure from management, among other factors.

In order to avoid repeating those mistakes on the remake Diablo II, Blizzard pulled the project from Team I and put the team behind Diablo IV in charge. A group at Vicarious Visions is also working on the remake.

On October 15, 2020, Team I was reorganized and members of the team were given the opportunity to interview for other positions within the company. Those that did not find positions were gradually cut or left to join independent studios established by former Blizzard staff.

On the same day that Blizzard reorganized Team I, it also ended all ongoing development of Team I’s StarCraft II.

While the company has promised to continue updating Warcraft III: Reforged, it would not confirm who is handling its continued development. But a spokesperson did say the company is “still committed to updates in support of the community.”

Utawarerumono: Mask of Deception and Mask of Truth delisted from PlayStation Store in the west as license expires Previous post
Olija animated trailer Next post