Go on a guided tour of the upcoming Resident Evil. 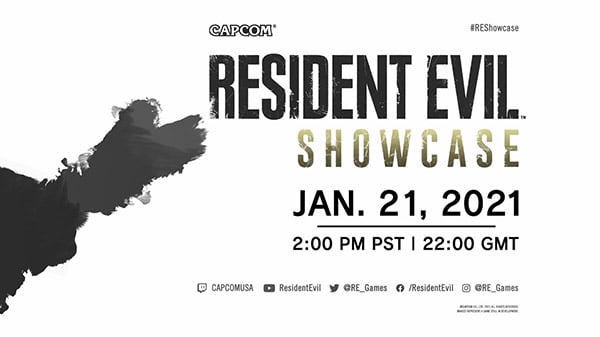 Capcom will host a 20-minute Resident Evil Showcase on January 21 at 2:00 p.m. PT / 5:00 p.m. ET, where it will share a new trailer and gameplay for Resident Evil Village, as well as “much more” news related to the Resident Evil franchise. You will be able to watch it on YouTube, Twitch, Facebook, and Twitter.

Capcom is also accepting applications for “a closed beta test celebrating the 25th anniversary of Resident Evil,” which will be playable on PlayStation 4 and Xbox One. More details on the game in question will be announced during the Resident Evil Showcase. The test itself will run from January 28 to 30.

Resident Evil Village is due out for PlayStation 5, Xbox Series, and PC in 2021.