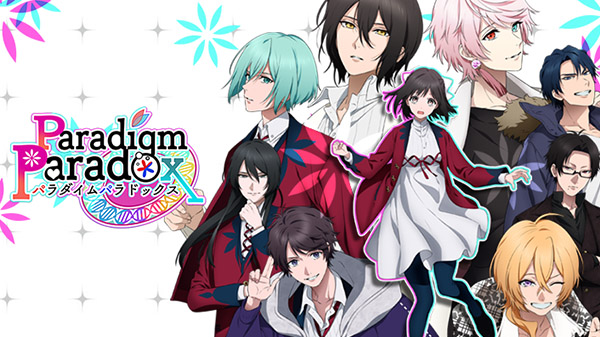 Otome visual novel Paradigm Paradox will launch for Switch on May 27 in Japan for 6,500 yen, publisher Idea Factory announced.

A limited edition will also be available for 8,500 yen, which includes a bonus booklet and the drama CD “Seishun ★ Play Games.”

Pre-orders for either edition include the drama CD “Encount wa Totsuzen ni.”

The year 25XX. A world where mankind can only live in isolated colonies.

The protagonist, at student at the academy, was bored of the drudgery of everyday life.

A day-to-day untouched by gossip about “Heroes” and “Vermin,” the enemy of mankind, or the good-looking guys at the academy.

One night, she slipped out of the dormitory and fell upon colony-invading Vermin, landing herself in a dangerous situation! However, four girls appeared and repelled the Vermin with miraculous abilities.

In the aftermath of the event, the protagonist decides to work as a Hero, leading a busy life as both a student and champion of justice. But why is it that she has more opportunities to talk to the good-looking guys everyone is talking about…?

What is their (the girls’ / guys’) secret…? And what is the enemy’s true identity…?

The Medium 'What Does a Medium Do?' trailer Previous post
Jack Jeanne 'Class Introduction' trailers Next post