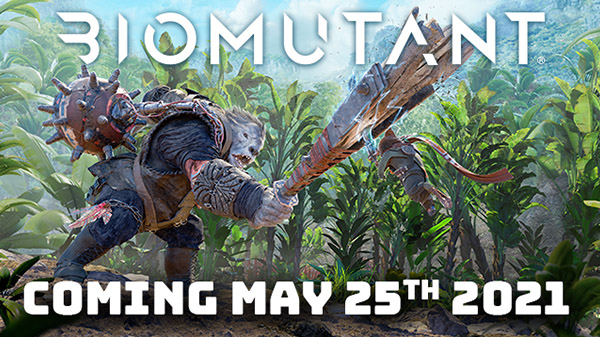 Biomutant will launch for PlayStation 4, Xbox One, and PC via Steam on May 25, publisher THQ Nordic and developer Experiment 101 announced.

As previously announced, Biomutant will be available in standard, Collector’s, and Atomic Editions. Pre-orders are available now at the game’s official website.

If you missed it back in June 2020, watch a 10-minute gameplay trailer here.

CasePB ⋅ Funcom acquires Cabinet Group, including Conan the Barbarian and dozens of other IP ⋅ 10 minutes ago