The latest information on the upcoming console and PC game. 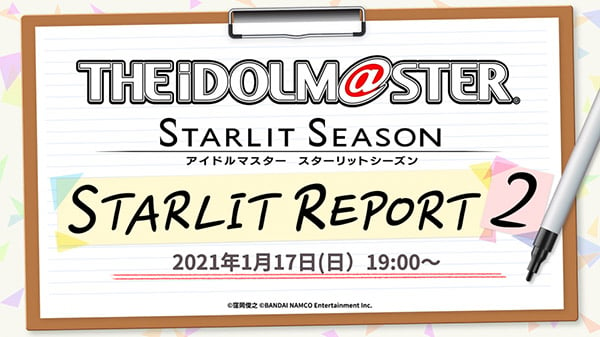 Bandai Namco will host the second official “Starlit Report” live stream for The Idolmaster: Starlit Season on January 17, 2021 at 19:00 JST, where it will share the latest information on the upcoming game, the company announced. You will be able to watch it on YouTube and Niconico.

The Idolmaster: Starlit Season is due out for PlayStation 4 and PC via Steam in 2021 in Japan.