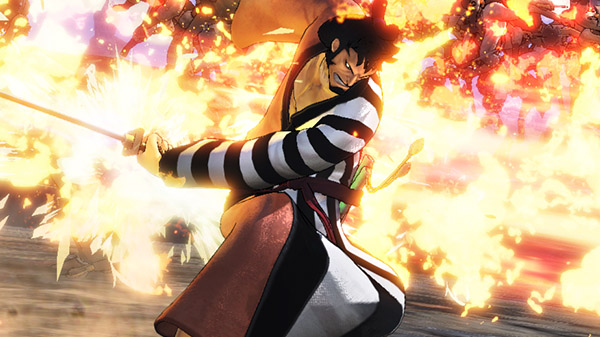 Bandai Namco has released the trailer for One Piece: Pirate Warriors 4 downloadable content character Kin’emon, who is due out alongside Okiku and an unannounced character as part of the “Wano Country Pack” this winter.