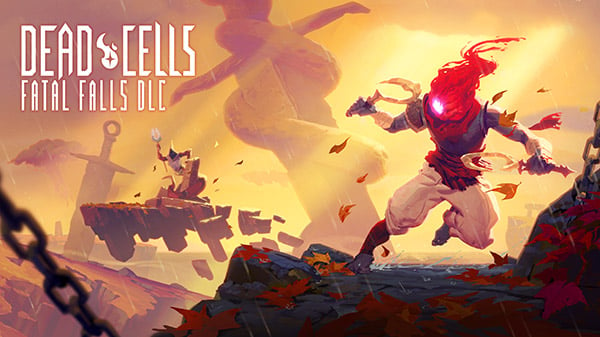 Two entirely new biomes, The Fractured Shrines and The Undying Shores, as well as a new boss are parallels to the “Stilt Village,” “Clock Tower,” and “Time Keeper” areas and their alternate paths. These additions will provide significant new options for fans looking for middle-run exploration and are brimming with new ways to succumb to a terribly painful death. The update is also dropping a cache of new weapons, details of which will be revealed soon.

“Fatal Falls” marks the second paid downloadable content drop for the 2018 Game of the Year winning Dead Cells. The developers have kept a steady flow of content on tap for its loyal community across all platforms for the past 30 months with the first paid downloadable content, “The Bad Seed,” dropping earlier this year for the same price of $4.99.

Dead Cells is available now for PlayStation 4, Xbox One, Switch, PC via Steam, iOS via the App Store, and Android via Google Play.

Watch a teaser trailer for “Fatal Falls” below.

Outward sales top one million; DLC 'The Three Brothers' launches December 15 for PC, in 2021 for PS4 and Xbox One Previous post
Enad Global 7 to acquire Daybreak Game Company Next post

shesjustaglitch ⋅ The Legend of Heroes: Hajimari no Kiseki for Switch, PC launches August 26 in Japan and Asia ⋅ 7 minutes ago