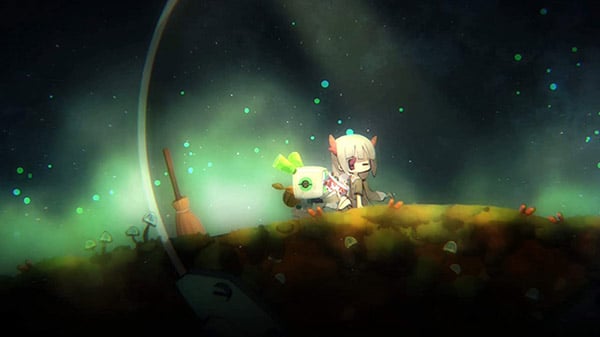 Nippon Ichi Software has announced roguelike RPG void tRrLM(); ++ver; //Void Terrarium++ for PlayStation 5, the latest issue of Weekly Famitsu reveals. It will launch on February 18, 2021 in Japan for 6,980 yen.

void tRrLM(); ++ver; //Void Terrarium++ will include additional elements such as the ability to dress up Toriko, the human girl the player’s robot avatar must tend to, as well as new illnesses and more. These will also be available for the previously released PlayStation 4 and Switch versions as downloadable content for 1,000 yen.

void tRrLM(); //Void Terrarium first launched for PlayStation 4 and Switch on January 23 in Japan, July 10 in Europe, and July 14 in North America.