Now due out alongside PlayStation 5 version. 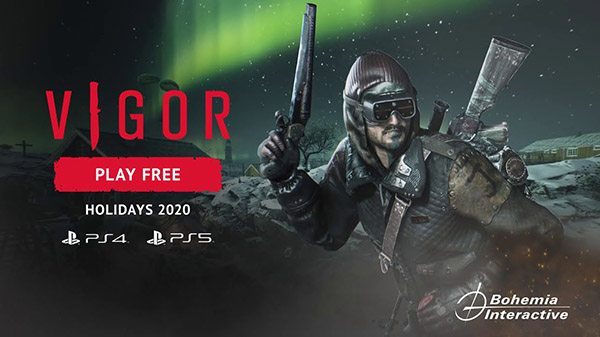 Bohemia Interactive has delayed the PlayStation 4 version of free-to-play shoot ‘n’ loot game Vigor from its previously planned November 25 release date (today) to launch this holiday alongside the PlayStation 5 version.

“The majority of our team works remotely again and we overestimated our capacities and the time needed to get everything ready,” Bohemia Interactive said in a statement. “We apologize for the inconvenience.”

Vigor is currently available for Xbox One via the Microsoft Store and Switch via the Nintendo eShop.

Vigor is a free-to-play shoot ‘n’ loot game where you build the Shelter in post-war Norway.

The nuclear war is over. Europe is devastated, Norway has become the last stand.

You start as a nameless Outlander, but who will you become? No time for uncertainty.

Shoot your way out or don’t fight at all. Loot, gather resources, take risks. Build your Shelter and vital equipment.

Humanity has fallen… You shall rise.