Plus Bubble Bobble 4 Friends: The Baron is Back!, Katamari Damacy Reroll ports, and more. 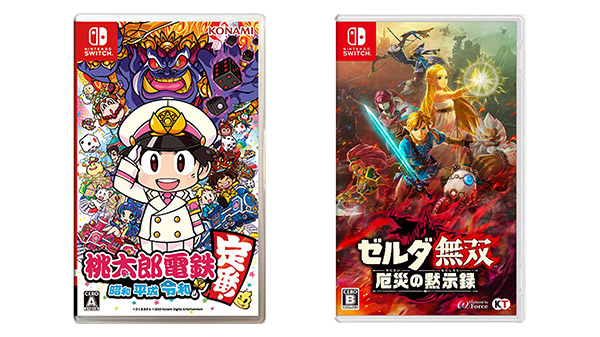 Hyrule Warriors: Age of Calamity depicts the struggle that brought Hyrule to its knees 100 years before the events of The Legend of Zelda: Breath of the Wild. Players will battle hores of enemies using seven playable characters (Link, Zelda, Impa, Revali, Daruk, Mipha, and Urbosa) and various equipment. The game also supports local multiplayer cooperative play.

Momotaro Dentetsu: Showa, Heisei, Reiwa mo Teiban! is the first new entry in the digital board game series since Momotaro Dentetsu 2017: Tachiagare Nippon!! for 3DS in December 2016. Published by Konami, the game puts players in the role of a railroad company president who must acquire properties across Japan and amass the highest total assets in the country.

SwordArts ⋅ Castle of Shikigami 2 coming to Switch, PC in December ⋅ 34 minutes ago