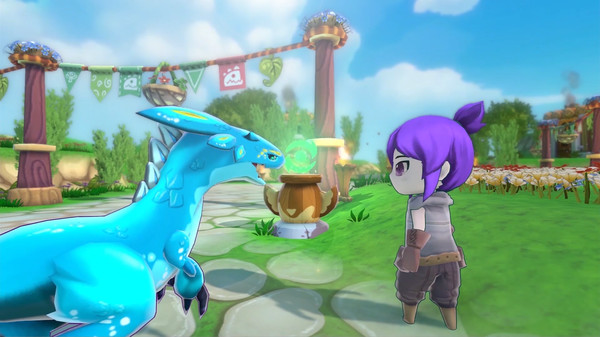 Re:Legend will launch for PlayStation 4, Xbox One, Switch, and PC via Steam in spring 2021, publisher 505 Games and developer Magnus Games announced.

The life simulation and monster collection RPG first launched in Early Access for PC via Steam in August 2019. The Early Access version is currently available at a 40 percent-off discount price of $11.99 as part of the Steam Autumn Sale.

Re:Legend has players awaken as a legendary hero in the world of Ethia, washed ashore on Vokka Island with amnesia. In a quest to regain memory, players must learn to survive by cultivating land, breeding and catching fish, befriending the locals, expanding the village and crafting weaponry for combat scenarios. Capturing and training Magnus, magical monsters inhabiting Ethia, is paramount to adventuring across the land while facing a host of threatening challenges, regaining memories, and finding even more powerful Magnus to recruit and utilize.

Watch the Switch footage below.