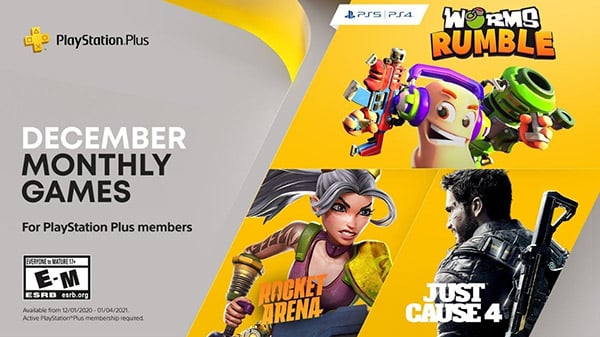 Sony Interactive Entertainment has announced the December 2020 lineup of free games for PlayStation Plus subscribers, which will be available from December 1, 2020 to January 4, 2021.

The lineup is as follows:

As a reminder, the PlayStation 5 version of Bugsnax, which was free for PlayStation Plus subscribers in November, will remain free until January 4, 2021.

Watch a new trailer for Worms Rumble below.