Bugsnax and PlayStation Plus Collection included. 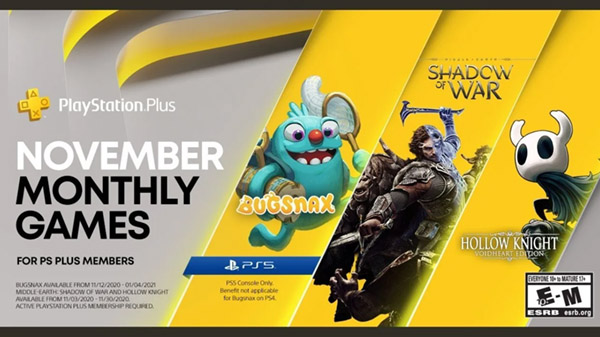 Sony Interactive Entertainment has announced the November 2020 lineup of free games for PlayStation Plus subscribers.

The lineup is as follows: