Cave-developed shoot 'em up comes west for the first time. 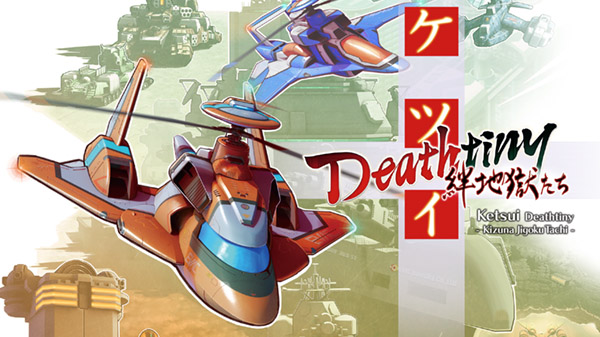 Ketsui Deathtiny: Kizuna Jigoku Tachi is now available for PlayStation 4 via the PlayStation Store in North America for $34.99, marking the first ever western release of the Cave-developed shoot ’em up.

Originally released in 2003 at the cutting edge of hardcore shoot ’em ups, Ketsui: Kizuna Jigoku Tachi returns as the fourth entry in the M2 ShotTriggers series!

Features seven modes, the most in series history!

Whether you’re a beginner or a seasoned veteran, there’s a mode for everyone!

M2 Gadgets make their triumphant return! Lay bare the inner workings of the game to help your skills reach the next level.

From total beginners to grand masters, this is a Ketsui for the entire human race.