Fault – Milestone Two Side: Above for Switch launches December 3

Cinematic currently out on PC. Also coming to PlayStation 4. 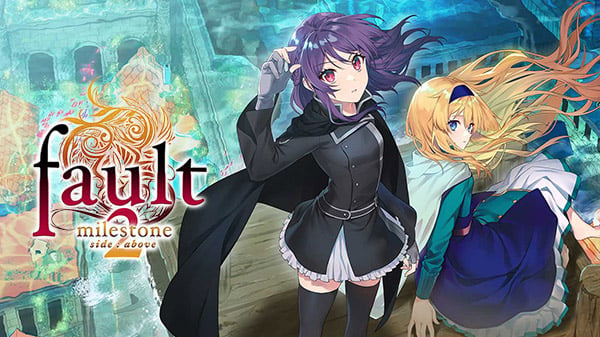 The Switch version of cinematic visual novel Fault – Milestone Two Side: Above will launch via the Nintendo eShop on December 3, publisher Phoenixx and developer Alice in Dissonance announced. It will support Japanese, English, Simplified Chinese, Korean, German, Spanish, and Russian language options. Pre-load will begin on November 26.

Fault – Milestone Two Side: Above first launched for PC via Steam in August 2015. A PlayStation 4 version is also planned, but a release date has yet to be announced.

Fault – Milestone Two Side: Above is a Cinematic Visual Novel that takes place right after the events of milestone one. With the addition of a new 3D camera system,Fault – Milestone Two aims to introduce a more immersive and “larger than life” reading experience. Follow the grand science fantasy story of Selphine and the gang as they traverse back to their homeland!

Please note that this novel is a direct sequel to Fault – Milestone One and contains massive spoilers of the first story. Play through of the first title is highly advised. Also please note the demo saves do not carry over and it is recommended to play the beginning of milestone two again as things have been upgraded.

Watch a new trailer and Japanese TV commercial below.