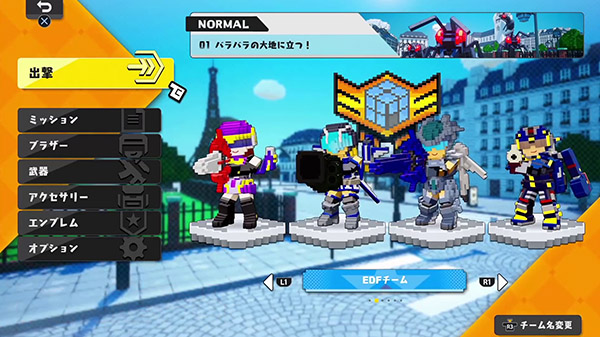 D3 Publisher and developer Sandlot have released the third in its series of weekly gameplay videos for Earth Defense Force: World Brothers, this time focused on team organization and switching between characters mid-game.

Previous videos introduced abilities and specials, and weapons and accessories.