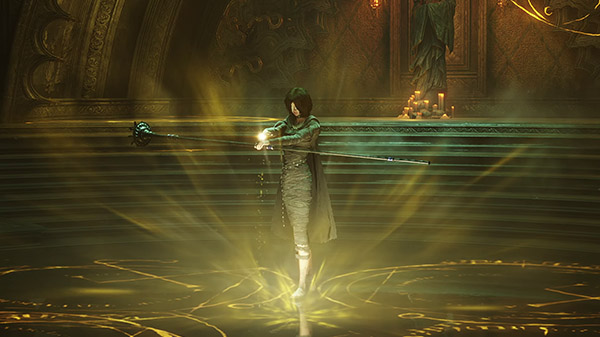 Japanese voice-overs are one of the new elements of the remake, as the original game only featured English voice acting. The cast includes Saori Hayami as Maiden in Black, Ryoko Shiraishi as The Monumental, Katsuhisa Houki as Old King Allant, Fumiko Orikasa as Maiden Astraea, Tatsuhisa Suzuki as Ostrava of Boletaria, Ken Narita as Crestfallen Warrior, and more.

The full cast is as follows: