Science-fiction action RPG no longer due out in 2020. 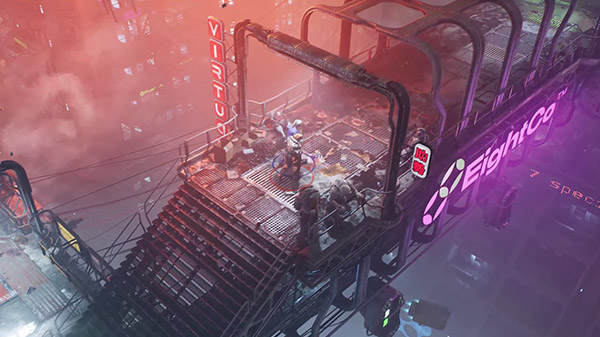 Publisher Curve Digital and developer Neon Giant have delayed science-fiction action RPG The Ascent from its previously planned 2020 release window to 2021. It will be available for Xbox Series X, Xbox One, and PC via Steam, as well as Xbox Game Pass for Console and PC.

“Xbox Game Pass is an amazing proposition for us as a small indie developer with a team of only 11 people, because it allows more players around the world to experience our game,” said Neon Giant art director and co-founder Tor Frick in a press release. “To celebrate this exciting news, we wanted to cement the game’s place in 2021’s next-gen line-up by casting light on what players can expect to experience at launch.”

Developed by Neon Giant and published by Curve Digital, The Ascent will be playable with Xbox Game Pass for Console and PC at launch and target 60 frames per second and full 4K support on the Xbox Series X, offering amazing gameplay performance for the new generation of console players.

The Ascent will offer players the chance to step into an action-orientated sci-fi RPG powered by Unreal Engine that takes the genre to new levels, available to play in both single-player and up to four-player co-op.

The Eternal Cylinder delayed to 2021 Previous post
Rune Factory 5 launches May 20, 2021 in Japan; new details, trailer, and screenshots Next post