Plus Travis Touchdown joins the fray... as a Mii Fighter costume. 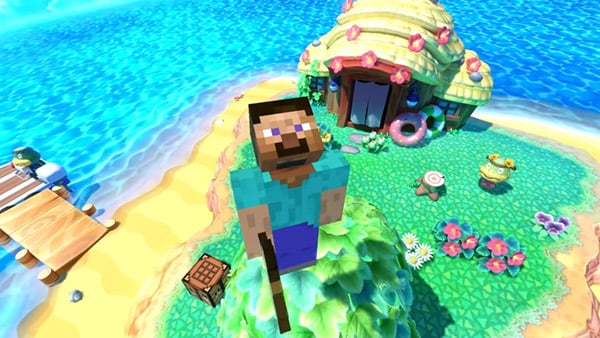 When selecting this new fighter, players will be able to choose between a Steve or Alex skin, each with three color variations. Additionally, players can also choose to look like the Zombie or Enderman characters from Minecraft when playing. Each of these characters, while they look different, possess the same set of moves:

All of this new content will be available to players who purchase Super Smash Bros. Ultimate Fighters Pass Vol. 2 or who purchase Challenger Pack 7 separately for $5.99. By purchasing Fighters Pass Vol. 2 for $29.99, players will get access to Steve and Alex, along with previously released fighter Min Min from ARMS and four more yet-to-be-announced Challenger Packs as they release. Each pack includes one fighter, one stage and multiple music tracks.

Watch a video overview of Steve and Alex hosted by Super Smash Bros. Ultimate director Masahiro Sakurai below, plus a trailer for the new Mii Fighters.