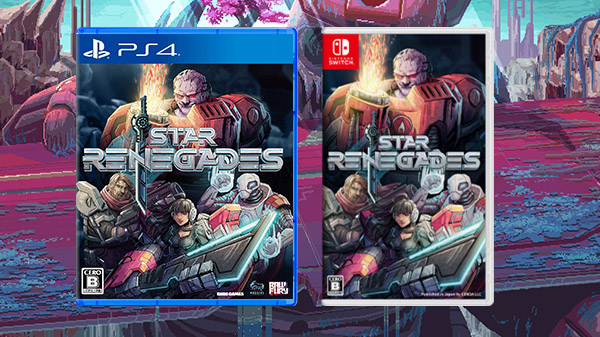 DMM Games will publish strategy RPG Star Renegades for PlayStation 4 and Switch both physically and digitally on February 25, 2021 in Japan for 3,630 yen, listings at retailers such as Amazon Japan and Yodobashi reveal.

Star Renegades first launched for PC via Steam on September 8. Publisher Raw Fury and developer Massive Damage Games last announced that the PlayStation 4, Xbox One, and Switch versions are due out digitally in 2020 in the west.