Featuring the new song "Warera no Inori Warera no Mirai." 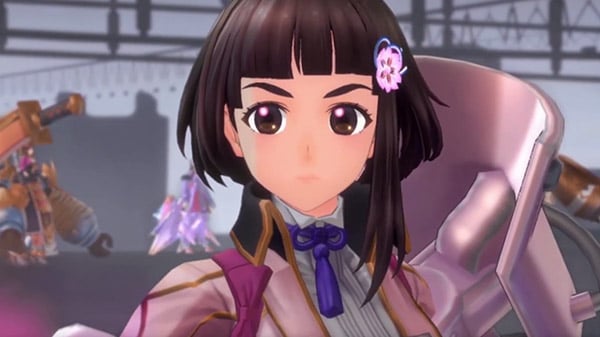 The trailer debuted as part of the third “Aogashima Headquarters Report,” a series that introduces the latest information on Sakura Kakumei: Hanasaku Otome-tachi. The third episode features composer Kouhei Tanaka as a guest, who shares his thoughts on the songs of the Sakura Wars series he has worked on thus far, and discusses the traits of the new songs in Sakura Kakumei: Hanasaku Otome-tachi.

Finally, the company confirmed it will host its fourth “Aogashima Headquarters Report” on November 4, and added a live performance by the Imperial Combat Revue’s Shino Sakura (voiced by Moeka Kishimoto), Fuuka Aoshima (voiced by Ayu Matsuura), and Asebi Mikohama (voiced by Yuuko Natsuyoshi) as a bonus for its 200,000 pre-registrations goal. Over 150,000 users have currently pre-registered.