A close-up look at the special edition. 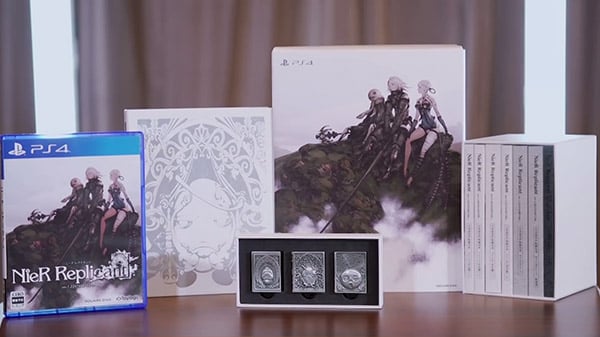 Publisher Square Enix and developer Toylogic have released a short trailer for the Japanese version of the NieR Replicant ver.1.22474487139… “White Snow Edition.”

In Japan, the “White Snow Edition” includes a copy of the game, Grimoire pin set, script set, two-disc soundtrack, and a special box. The western version includes the same content, as well as a SteelBook case.