Mimic the aesthetic of the Sony Pictures Animation film. 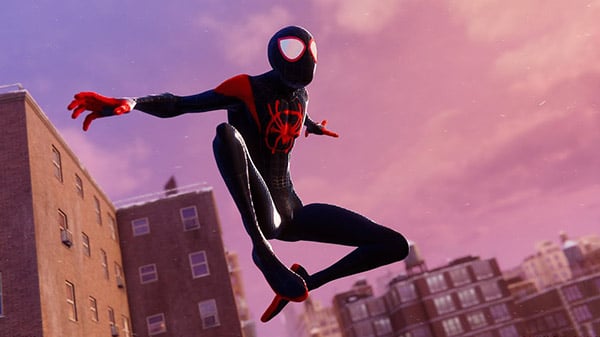 The suit is included as an early unlock for users who pre-order the game, can also be earned in the game without pre-ordering. Activating the “Vibe the Verse” suit mode will mimic the low visual frequency effect of the film on Spider-Man. (This can be turned off.)

Watch a trailer and 11-minute gameplay video of the suit in action below.