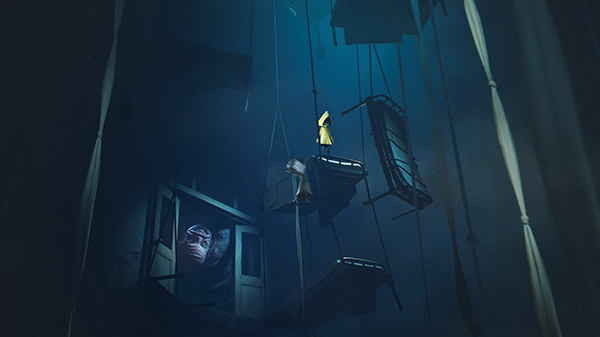 Bandai Namco has released a Halloween trailer and new screenshots for Little Nightmares II, as well as announced an online-only “Stay Tuned” bundle.

The “Stay Tuned” bundle includes a figurine of both protagonists, SteelBook case, book of game art, soundtrack, and set of stickers. It is availalbe to pre-order now for PlayStation 4 and Xbox One for $49.99, and Switch for $59.99.

The Halloween trailer offers a glimpse of the sequel’s “grotesque monsters, foreboding environments, and clever puzzles.”

Little Nightmares II is due out for PlayStation 4, Xbox One, Switch, and PC via Steam on on February 11, 2021, and for PlayStation 5 and Xbox Series later in 2021. Read more about the game here.