Due out on December 10 in Japan with English text option. 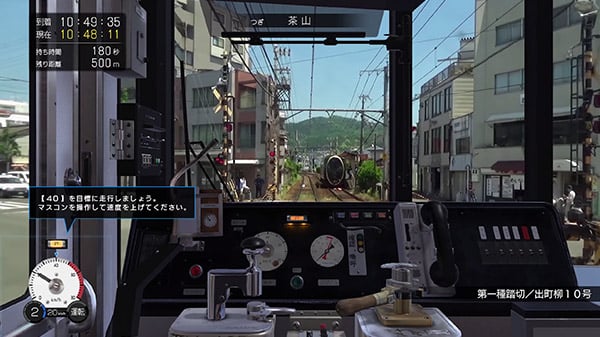 The gameplay video highlights the game’s full high-definition video, which is the the highest resolution in the series thus far, as well as the stick-based speed lever and break controls (it is also playable using the d-pad and face buttons), controller speaker audio, and four-times the frames per second at slow speeds.

Japanese Rail Sim: Journey to Kyoto first launched for Switch in November 2019 in Japan, and supports both English and Japanese text. It is a port of the 3DS title Japanese Rail Sim 3D: Journey to Kyoto, which launched in October 2014 in Japan and August 2015 in the west. Dispatch Games previously announced plans to release the Switch version in the west in spring 2020, but it has since been delayed to an unannounced date.

The PlayStation 4 version of Japanese Rail Sim: Journey to Kyoto is due out on December 10 in Japan with support for both English and Japanese text.