Fight off hordes of enemies. 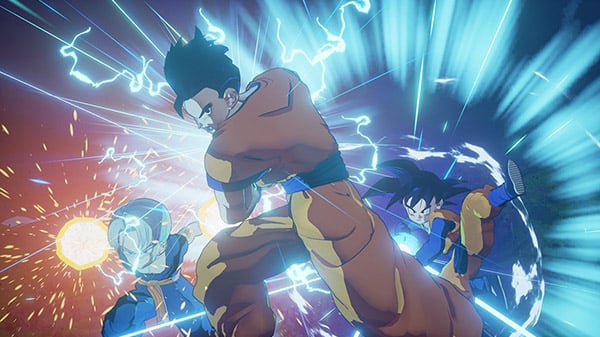 Publisher Bandai Namco and developer CyberConnect2 have released new screenshots for Dragon Ball Z: Kakarot downloadable content “A New Power Awakens – Part 2,” which is due out this fall.

“A New Power Awakens – Part 2,” the new downloadable content of Dragon Ball Z: Kakarot, will enrich the game with new horde battles of the Z Warriors against the Frieza Force!

Frieza and his squad are attacking the Earth. Be ready to fight a multitude of foes eager to wreck you! Z Warriors will be able to combine their attacks for a super powerful blow through the new “Z Combinations.”

As previously announced, the add-on will also include a new “Mob Battle” system. Plus, a free update due out alongside the add-on will introduce a new card battle mini-game.

Dragon Ball Z: Kakarot is available now for PlayStation 4, Xbox One, and PC via Steam. “A New Power Awakens – Part 2” is due out this fall.