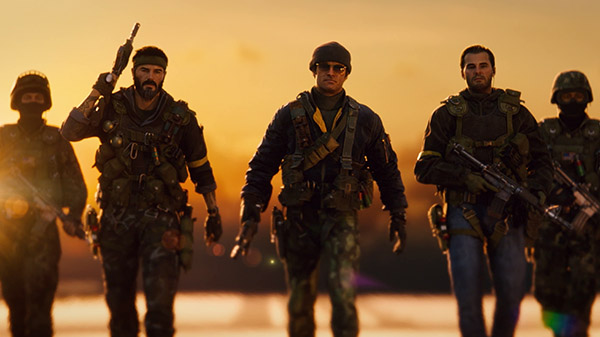 1981. The Cold War is at its peak. World powers grapple for control and a hidden threat looms. In Call of Duty: Black Ops Cold War, players will engage in deniable operations, fighting the battles that never happened to stop a conspiracy decades in the making.

A mind-bending single-player Campaign awaits, with Black Ops protagonists Alex Mason, Frank Woods, and Jason Hudson teaming up with an all-new crew to track down a mysterious enemy known only as Perseus.

In the next generation of Black Ops Multiplayer, travel the globe from the deserts of Angola to the frigid Black Sea in a fully-connected, cross-play experience including six-versus-six, 12-versus-12, and 40-player Fireteam battles.

And an all-new Zombies co-op experience awaits you and your squad in the debut of the Dark Aether story, “Die Maschine.” As you join forces with a CIA-backed international response team known as Requiem, the secrets of a horrifying World War II-era experiment will threaten the balance of the global order.

God of War to run at up to 60 frames per second on PS5 Previous post
Bandai Namco trademarks Tales of Luminaria in Japan, Konami trademarks Jikkyou Powerful Fantasia [Update 3] Next post