Play as "blind cyber-samurai" Yami in a world filled with "robotic Japanese folktales." 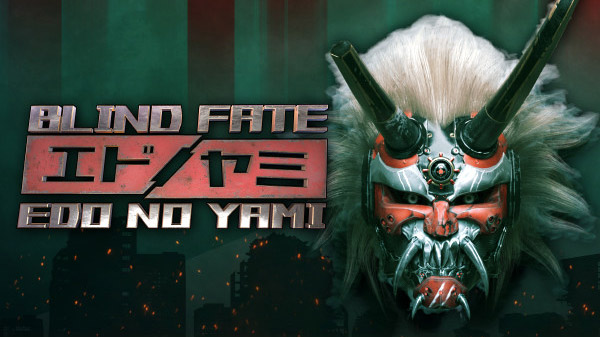 Publisher 101XP and developer Troglobytes Games will release “slash-and-blast action side-scroller” Blind Fate: Edo no Yami for PlayStation 5, Xbox Series, PlayStation 4, Xbox One, Switch, and PC via Steam and 101XP.com, the companies announced. A release date was not announced.

In Blind Fate: Edo no Yami, you play as a “blind cyber-samurai” named Yami. In a world filled with “robotic Japanese folktales,” Yami embarks on a journey of revenge and faces the dangers of a mysterious Edo period, while discovering a forgotten past and unveiling its lost mechanical lore.

It’s a new, dark and machine-filled Edo period, and the Shogunate rules over Japan with its just, but pitiless hand: you.

As a demon-hunter, it is your duty to enforce the law and protect the citizens from the Youkai, bloodthirsty robotic creatures.

You are Yami, a cyber-samurai, and this is your life.

Until your sight is taken from you, and you must learn to “feel” the world anew.

“Thunderclap From a Clear Sky”

Everything is but memories and shadows.

His cyber-senses allow Yami to feel heat and vibrations, perceive every sound, but the world around him is just old information uploaded to his wired brain.

The house you see could be just rubble. Is there truly a wall? Does this bridge still stand? Even your enemies are formless mist until you find and download the right data.

“After the Rain, Earth Hardens”

The world is cruel, but so are you. Armed with a lethal katana and a devastating hand-cannon you dispense merciless death to machines and humans alike.

The grace of the blade intertwines with brutal firepower in spectacular combos, weaving a murderous symphony of destruction.

Let the sword sing and the cannon roar.

Japan is a land of mysteries, spirits and robots.

As you journey through a wondrous sci-fi Edo period, you will meet cyber-gods and bionic samurai, robotic fairies and ascetic AIs.

Folktales and technology blend seamlessly into a seducing world that begs to be explored.

“The Frog in the Well Does Not Know the Great Sea”

Demon-hunters are disappearing all over Japan, their corpses maimed and left to rot. They tried to do the same with you. They failed. Now you will show them that it was a terrible mistake.

Yami’s tale of revenge and honor is gripping, profound and unexpected.

Follow him on his dark path and uncover the truth that lies beyond what eye can see.