Non-virtual reality version of the adventure and exploration game. 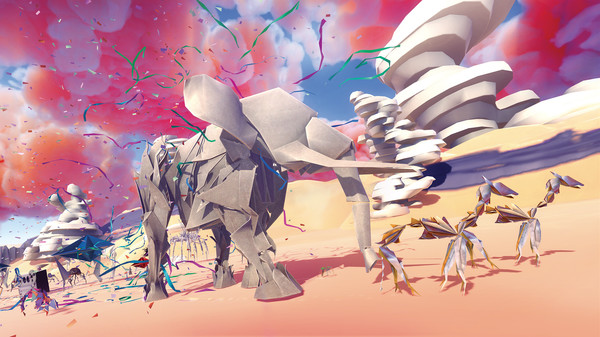 Publisher Plug In Digital and developer Pixel Reef will release Paper Beast: Folded Edition, a non-virtual reality version of the dreamlike adventure and exploration game, for PC via Steam on October 20, the companies announced.

Paper Beast first launched for PlayStation VR on March 24, followed by PC on July 24. A PlayStation 4 release of the Folded Edition is also planned, according to the game’s initial announcement.

Here is an overview of the Folded Edition, via its Steam page:

Somewhere in the abyssal depths of the internet, life has blossomed. You are the first human to set foot in this mysterious ecosystem. A strange force seems to weigh on its balance. Join forces with intriguing and endearing creatures to solve the puzzles of Paper Beast.

Return to the colorful and whimsical universe born from the imagination of Eric Chahi, creator of Another World in this edition of Paper Beast now available to all screen.