Due out this fall as part of the "Worst Generation" character pack. 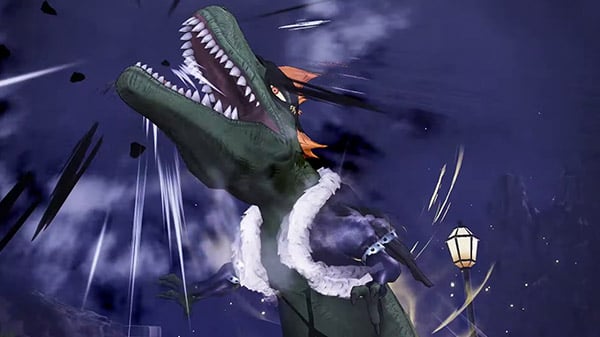 Bandai Namco has released the debut trailer for One Piece: Pirate Warriors 4 downloadable content character X Drake, who is due out as part of the “Worst Generation” character pack this fall.

“Red Flag” X Drake is the captain of the Drake Pirates. Formerly a Marine, he has since become a pirate. With the power of the Dragon-Dragon Fruit, a rare Ancient Zoan-type Devil Fruit, he can transform into an allosaurus.