Now airing across the major urban areas of Japan. 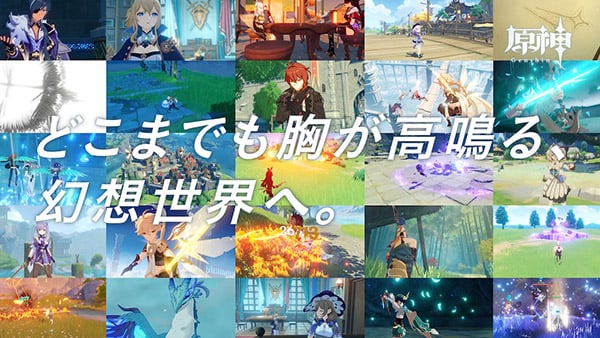 miHoYo has a set of Japanese TV commercials for free-to-play open-world RPG Genshin Impact, which have begun airing in major urban areas across Japan such as Kanto, Kansai, Hokkaido, Sendai, Nagoya, Shizuoka, Hiroshima, and Fukuoka.

Contents show
1. “The Mysteries of This World”
2. “An Introduction to Genshin Friends”
3. “Elemental Battles”
4. “A New World”
5. “An Ever-Expanding World”

“The Mysteries of This World”

“An Introduction to Genshin Friends”