A remaster of the Gal Gun that started it all. 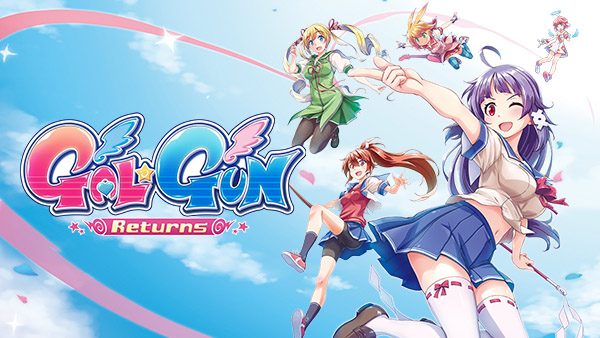 Inti Creates has announced Gal Gun Returns for Xbox One, Switch, and PC (Steam). In Japan and Asia, it will launch for Xbox One and Switch on January 28, 2021, and PC via Steam in February 2021 for 5,800 yen. In the west, it will launch for all three platforms in 2021 via publisher PQube. The Xbox One and PC versions will be available digitally worldwide, while the Switch version will be available both physically and digitally.

In Japan, the Switch version will also be available in a 9,800 yen limited edition, which includes a 100-page memorial art book featuring illustrations and more from every game in the Gal Gun series, a vocal album featuring all the vocal tracks from Gal Gun Returns (including the newly recorded theme songs), and a special box with exclusive packaging. Pre-orders for either edition include a scented Kaname Nonomiya bookmark.

As the franchise turns 10 next year, what better way to celebrate than to bring to the west the game that started it all but never left Japan, in all its glorious remastered form: Gal Gun Returns! It’s time for faithful Gal Gun-ners and new fans alike to experience the roots of Gal Gun and its numerous undiscovered panties!

Gal Gun is the entertaining story of a young man who becomes “super popular” with the opposite sex and is now living the “unfortunate” life of having every lady that looks his way confessing their undying love for him.

But he must steel himself and fend these would-be lovers off with his “special weapon” (known as the Pheromone Shot), as he tries to win the affections of one of the main protagonists. Gal Gun is the crazy combination of arcade-style shooting action and dating sim that truly has no equal.

So much more… for your pleasure.