Set 10 years before Forget Me Not: My Organic Garden. 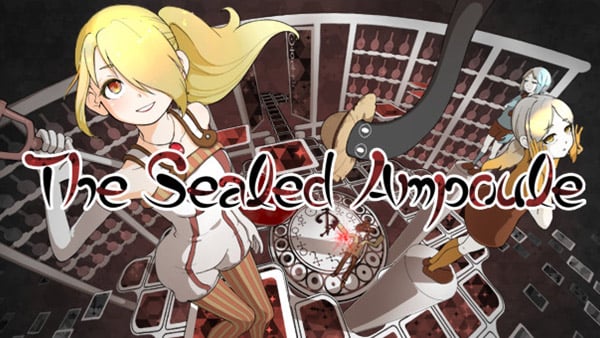 Publisher Playism and developer Cavyhouse will release “dungeon agriculturalization roguelike” game and Forget Me Not: My Organic Garden prequel The Sealed Ampoule for PC via Steam in 2020, the companies announced.

The Sealed Ampoule is a “dungeon agriculturalization roguelike” game. As the genre shows, the game offers both the roguelike and the farming.

The game is developed by Cavyhouse, the developer of Forget Me Not: My Organic Garden and The Midnight Sanctuary.

Unlike usual roguelike games, you’ll level-up the dungeon, not the character, then you’ll get…

By leveling up the dungeon, it will produce useful items more effectively.

Items will make the character strong, then the strong character can dive deep into the dungeon.

The goal is to master the agriculturalization of the dungeon.

The game system itself is mainly leveling up the character and the dungeon in very steadily way.

Contrary to that rather humble system, the art style of the game is gorgeous in mineral glaze.

This glorious and mysterious world is embroidered with the alchemy and Wunderkammer motif.

The player controls the protagonist Irene Morgan, the novice alchemist and explores her own newly bought used dungeon.

While she maintains her own dungeon, she encounters the strangest murder case ever which she ends up investigating it.

Look for the Truth Behind the Stigmatized Dungeon Murder Case

During the preparation phase, you can grow the dungeon or acquire new skills for Irene.

With this, you can dive deeper into the dungeon, and fight against tough bosses.

There are two types of levels for each dungeon floor; Farm level and Magic level.

Ultimately, if you manage to maximize both level for the floor, you can agricultuarize it.

That floor becomes a paradise which gives a big amount of items without any enemies.

There are over one hundred types of skills; Attack, Heal, Enchant, Item management, etc.

Each user can have their own play style based on the variation of skills.

Prepare well, then explore the dungeon, then level up both the character and the dungeon…

Have fun with the new roguelike exploration game!

There once was a novice alchemist whose name is Irene.

She recently lost her beloved mother, and to overcome the sadness, she was trying to start the business and have her own store.

One day, she found the cheap used dungeon in the alchemist’s online shop “Merkuri” and purchased it.

However, there always is a reason being cheap…

The dungeon was full of strange enemies, and Irene had to defeat them before getting any item for her alchemy.

Moreover, when she reached the deeper floor in exhaustion, she met a doll-like twins and a strange dead body of a strange man.

This happened 10 years before the story of Forget Me Not: My Organic Garden.

The two stories are separate, so knowing the previous game is not necessary.

However there are some characters appearing in both titles which will give you more insight for this interesting world.