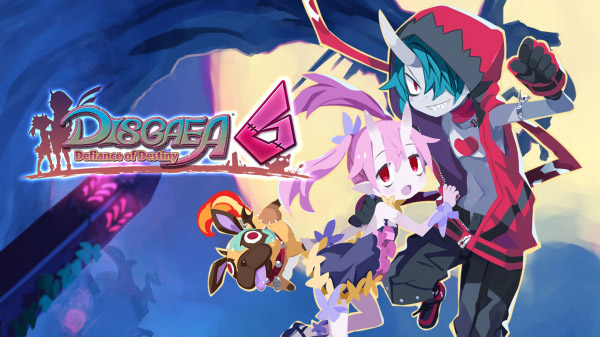 Nippon Ichi Software has announced Disgaea 6: Defiance of Destiny for PlayStation 4 and Switch. It will launch for both platforms on January 28, 2021 in Japan for 7,200 yen, and for Switch in the west in summer 2021.

(Update 11:47 a.m.: An NIS America representative has issued the following comment to Gematsu regarding the PlayStation 4 version in the west: “At this time, we don’t have further comments on whether this title will release on other platforms outside of Switch. Any future updates would be announced on our official channels, so please keep an eye out!”)

In Japan, the game will also be available in a 10,800 yen limited edition, which includes a special box, art book, and soundtrack CD. First-print copies include special colors for Zed and Bieko, an illustration booklet, and a bonus code for the mobile game Disgaea RPG.

In the west, a $99.99 limited edition and additional merchandise are available to pre-order now via the NIS America Online Store.

Here is an overview of the game, via Nippon Ichi Software:

The first new Disgaea game in six years is here!

Meet Zed, a zombie that has risen above them all except one—a God of Destruction! Features such as Super Reincarnation, 3D visuals (a first for this series), and adjustable gameplay settings make this the perfect game for both new and old Disgaea fans!