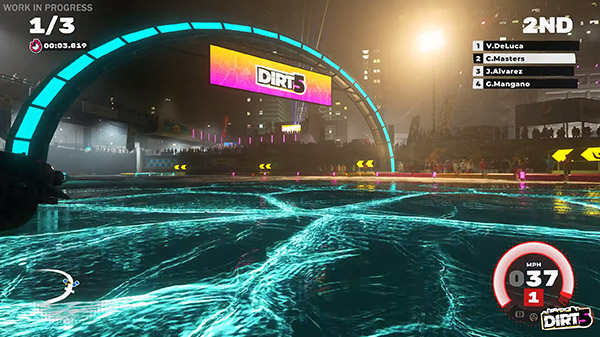 All users who purchase DIRT 5 on Xbox One are entitled to a free upgrade to the Xbox Series version via Smart Delivery when it launches on November 10.

This Ice Breaker event by Roosevelt Island is at the dead of night, with incredible lighting, atmosphere and fireworks making for a unique racing experience. Up to 12 cars can do battle in Ice Breaker events, with multiple layouts and locations available.