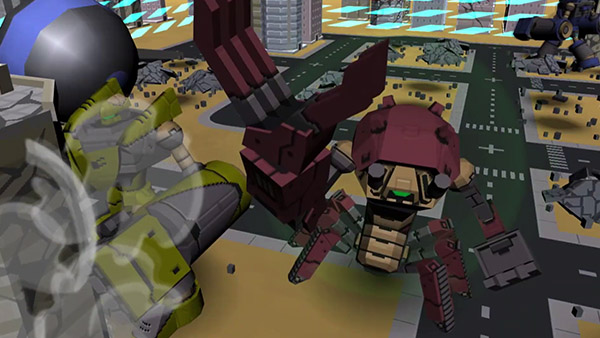 Destroy the buildings with giant robots to earn some money. And don’t fight each other.

Control mega-robots, but don’t fight each other! Players work together to destroy as many buildings in the city as possible to earn money!

BrokenSkullZero ⋅ WayForward to publish Dawn of the Monsters; launches for PS5, Xbox Series, PS4, Xbox One, Switch, and PC in late 2021 ⋅ 21 minutes ago